Gently sprinkle small amounts of water into the flour, stirring constantly with your fingers. When the four begins to clump together, turn out onto a work surface (dusted with atta flour of course). The dough needs to be extremely stiff, much stiffer than dough for french bread or dinner rolls, so err on the side of too dry since it's much easier to add moisture than it is to incorporate more flour. Knead for at least 10 minutes (this is easier said than done), the dough should be smooth now. Break off pieces and roll into balls, about the size of a golf ball. Place the balls in a tupperware container that has been dusted with atta flour, then dust the tops of the balls with the flour. Close tupperware container and place in the refrigerator 1 hour or so for them to firm up.

Remove a ball from the container, then re-seal the container (it's important to keep them from drying out). Place on a work surface that's been dusted with atta flour, and roll out into a circle or square shape, making sure that the thickness is consistent throughout, making sure that the edges aren't too thin as well. You want to aim for about think crust pizza dough thickness.

Place the rolled out puri on a spider, and gently lower into fry oil. When the dough floats up off the spider, splash the top of the dough with the spider (splashing AWAY from you, for god's sake) constantly so that it puffs up, do this for about 10 seconds, then flip over and splash the other side for about 10 seconds as well, then lift the now puffed up puri out of the fryer and shake to remove excess oil.

Use the puri like you would use pita bread in middle eastern cuisine. The curries eaten in Punjab are drier than those most USians are used to, and are made to be scooped up with flatbread. Chana masala tastes amazing with puri. 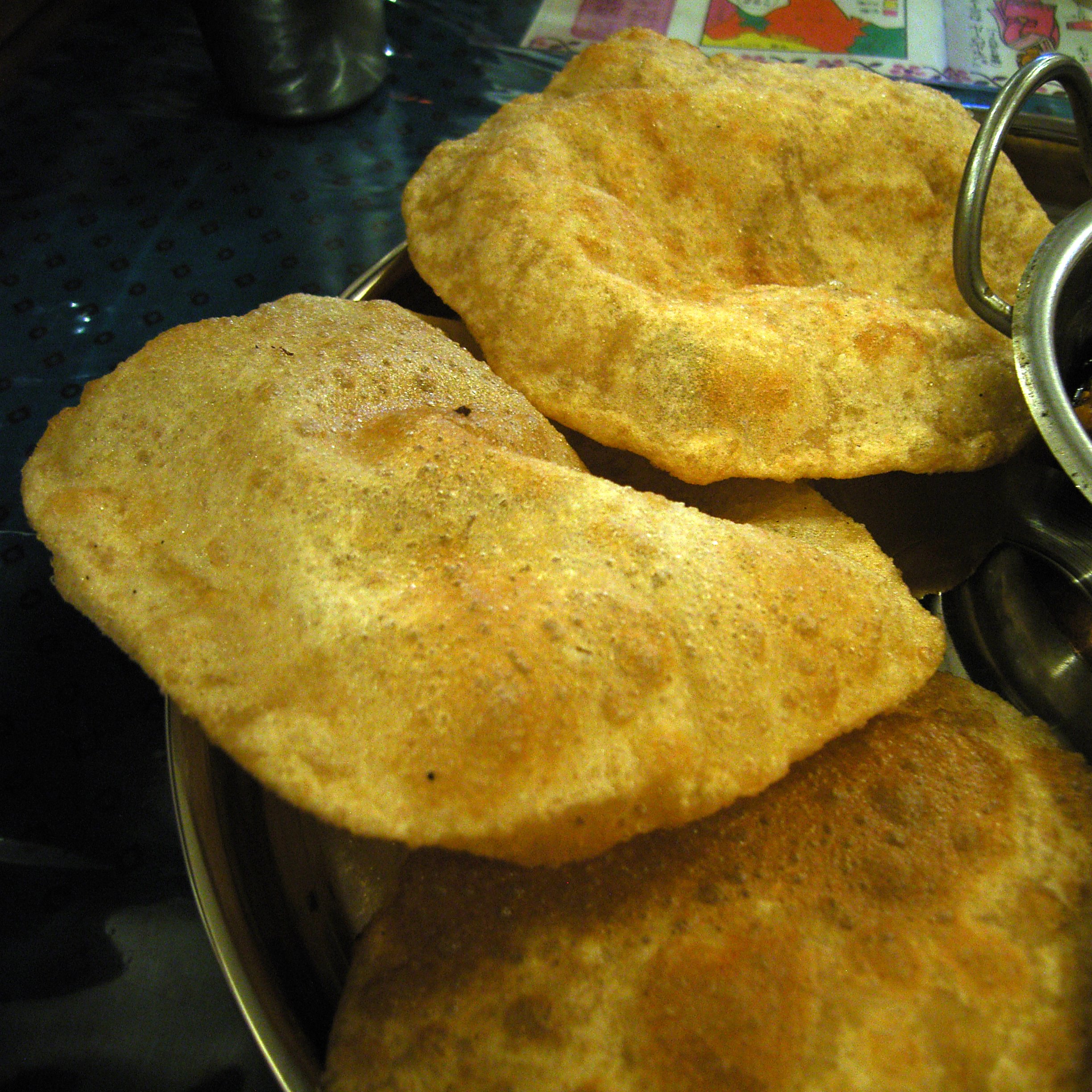 this picture is from the internet, but the ones I make look just like this