Cuisine of the United Kingdom

British cookery is sometimes regarded as a figure of fun but actually it ranks with the best cuisines in the world. British cooking, however, is not just traditional 'Roast Beef and Yorkshire Pudding'. It reflects and incorporates something from all the cultures and countries Britain has had contact with throughout her long history. Indeed British cooking has inspired many culinary traditions around the world. We hope this cookbook reflects the rich tradition of British cooking in its broadest sense.

Queen of puddings served with custard 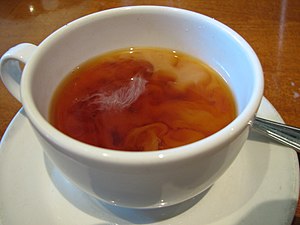 These should be accompanied with a nice cup of tea: